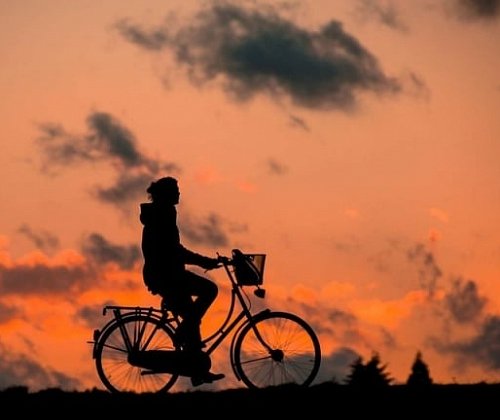 Today, the world celebrates the birthday of cycling. May 31, 1868 in the city of Saint-Cloud, located near Paris, the first bicycle race took place. The distance was small - only 1200 meters. The winner of the race, the Englishman James Moore, rode at a speed of only 11 kilometers per hour, whereas today a bicycle can reach speeds of up to 100-150 kilometers per hour.

The popularity of cycling grew rapidly, after 18 years, in 1896, cycling was included in the Olympic Games.

According to historical facts, the bicycle was invented by a resident of Prikamye Efim Artamonov. On it in 1801, he left the Urals and went to Petersburg for the coronation of Alexander I.

World Bicycle Day, established by the UN General Assembly, was first celebrated on June 3, 2018. The introduction of the new memorable date was supported by 56 states, and representatives of Turkmenistan became the main initiators.

Currently, St. Petersburg takes the second place in Russia along the length of bike paths - about 150 kilometers. By 2021, they should increase by another ten kilometers.

There are approximately 400 bicycles per thousand inhabitants of the Northern capital.

A striking example of the popularity of cycling in the city on the Neva is the annual "Big Bicycle Parade". In 2019, 23 thousand people took part in it.