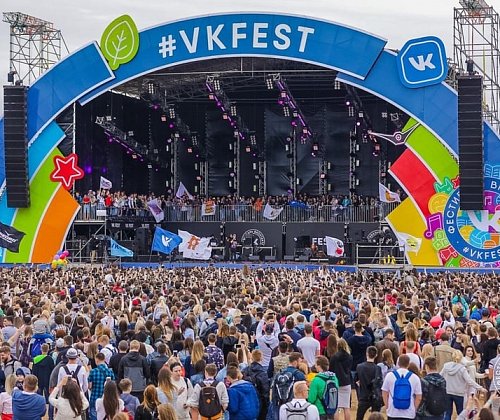 In 2019, VK Fest will be held for the fifth time. The festival program combines current trends in various fields from music and blogging to video games and new technologies. In late July, more than three hundred interactive sites will open on the territory of the 300th anniversary of St. Petersburg. Guests of the grand summer holiday are waiting for the performances of stars, meetings with popular bloggers, games, contests, master classes, lectures and installations.

Champions are traditionally invited to the festival by the number of listenings on VKontakte. Among them are the romantic rapper CYGO, the author of the “song about the cheetah” by Panda E, Tim Belorussky, who conquered the Wet Crosses and Forget-Me-Not charts, as well as the hip-hop duo HammAli & Navai, whose Janavi album topped the VK Music rating in 2018 .

Guests of VK Fest will also see famous performers who have soared to fame via the Internet. This is Feduk with the latest release of More Love, the shocking rave group Little Big, the humorous rap band Bread and the heroine of the socialite chronicles Olga Buzova. Participants in the 2019 festival will also include ATL, The Hatters, Yolka, Elena Temnikova, Obladaet, # 2Masha, Night Snipers, Eldar Dzharakhov and other artists.