Russia celebrates the 347th anniversary of the birth of Peter I 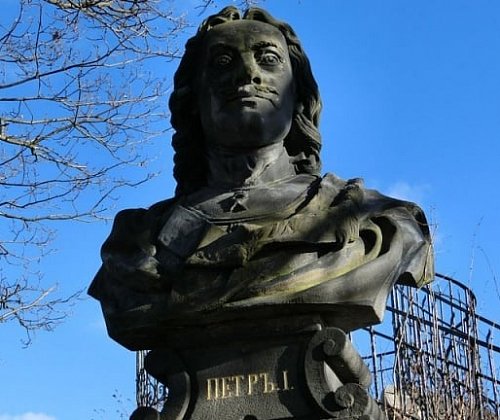 Today, June 9, marks the 347th anniversary of the birth of Peter I. Every Petersburger knows about the man who “cut through the window to Europe”, became a brilliant reformer of our state and laid the foundation for the construction of St. Petersburg in 1703.

He was the last tsar of all Russia and the first Emperor of All Russia in the history of the state. Peter I carried out military, church, financial reforms, carried out transformations in industry, culture and trade. The emperor advocated mass education: many schools were opened under him, the first gymnasium in Russia, the St. Petersburg Academy of Sciences.

However, many did not like the radical reforms of young Peter, so his reign was always shrouded in myths and legends. It was said that the tsar was not real, that the disgraced tsarina Evdokia, leaving for the monastery, predicted the death of Petersburg: "This place must be empty!"

The memory of Peter I is honored by all generations of Petersburgers. It is enough to recall the monuments erected to him in our city. Among them are the Bronze Horseman on Senate Square, the first monument to Peter in front of Mikhailovsky Castle, the Tsar the Carpenter monument and a bust in front of Peter’s house, monuments in the Peter and Paul Fortress and the Sampson Cathedral, at the Pribaltiyskaya Hotel and at Pulkovo Airport.

In 2022, the whole country will celebrate the 350th anniversary of the birth of Peter I. More than a hundred city events are timed to coincide with this date. Including City Day - May 27, Day of the Holy Apostles Peter and Paul - July 12, Day of the Russian Guard - September 2.