In St. Petersburg will discuss the status of historical monuments of Crimea 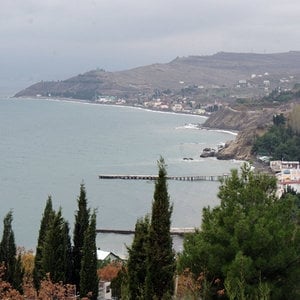 Participants of the St. Petersburg International Cultural Forum will discuss the possibility of enhancing the conservation status of historical monuments of the southern coast of Crimea as an object of cultural heritage, the director of the D.S. Foundation told reporters. Likhacheva Alexander Kobak.

The forum will be held from November 15 to 17 in St. Petersburg. It has become a world-class cultural event and annually attracts thousands of cultural experts from around the world: theater, opera and ballet stars, outstanding directors and musicians, public figures, government and business representatives, and the academic community. The forum also hosts a festival program - numerous cultural events for residents and visitors of St. Petersburg.

According to the director of the fund, the joint project of the State Hermitage and the Likhachev Foundation "South Coast of Crimea - a World Heritage Site" will be presented at the international cultural forum in St. Petersburg. According to him, now this territory is underestimated, and the preservation of historical monuments "to a large extent is under threat" due to mass development, including commercial.

He believes that during the reform of the museum system, the experience of Italy, where a “very powerful” museum reform took place, was “especially interesting”, as a result of which the level of bureaucracy decreased and the autonomy of museums expanded.