Shnurov was on the list of candidates for naming Pulkovo Airport 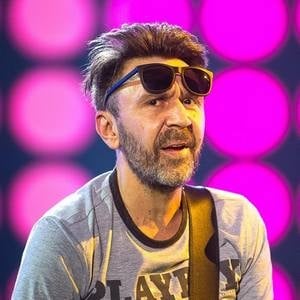 Russian rock musician Sergei Shnurov got into the long list of names that could complement the name of Pulkovo Airport in St. Petersburg; all in all, during the second stage of the Great Names of Russia contest, the general list of candidates was replenished with 11 names proposed by residents of the regions privately.

Earlier, Shnurov, along with his photograph in a pioneer tie, posted on Instagram information that residents of Russian regions allegedly put forward his name as an additional name for the airport in St. Petersburg.

"The second stage of the Great Names of Russia contest has been completed. The final vote will start on November 12. 11 names have been added to the lists compiled earlier," the chamber’s press service said in a statement.

It is noted that almost 90 thousand people took part in the second stage of the competition, who offered various options for the names of prominent compatriots for 47 airports participating in the project: 11 names gained 500 or more votes and were added to the regional lists previously formed by the public chambers of the constituent entities of the Russian Federation . Residents of Omsk, Simferopol, St. Petersburg, Nizhny Novgorod, Tyumen, Volgograd, Vladivostok, Gorno-Altaysk showed the greatest activity in nominating names for the names of airports.

At the third stage, which starts on October 31, VTsIOM specialists will reveal the preferences of the residents of the project regions regarding the most popular names. Three of the candidates for each airport, who will be named by the majority of respondents, will be shortlisted for the final vote. It will be held from November 12 to 30 of this year.

The names that the Russians will ultimately choose will complement the official names of more than 40 Russian airports of international and federal significance with a combined passenger flow of more than 170 million people. The final results will be announced on December 5, 2018.