Rosprirodnadzor fined solid waste landfill for pollution of the territory 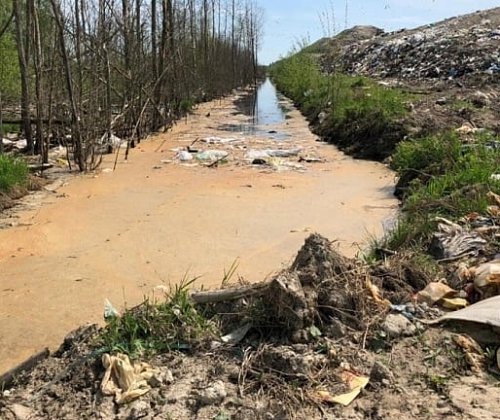 Rosprirodnadzor in the Northwestern Federal District unscheduledly checked the solid waste landfill in the Vsevolozhsk district of the Leningrad region. Specialists have identified violations in the operation of the territory, for which the owner will pay a fine of 187 thousand rubles.

According to the press service of the department, the reason for the supervisory event was the numerous appeals of residents. The landfill was partially littered with waste from the pond-regulator and the sanitary protection zone of the landfill. In addition, the shelter body was not covered with inert waste in accordance with the requirements of the technological regulations.

The department issued an order to the management of the landfill to eliminate violations of the law. This should reduce the emission of unpleasant odors into the air, as well as reduce the likelihood of fire ignition.

The MSW landfill was built in 1997. The territory for municipal solid waste in the area of ​​the village of Lepsari, Vsevolozhsk district of the Leningrad region was created on the basis of a positive conclusion of the state environmental review in 2015.

Earlier, the acting governor of St. Petersburg, Alexander Beglov, set the task to restore order in the field of ecology. In particular, the regulatory documents governing this industry in St. Petersburg will undergo major changes.