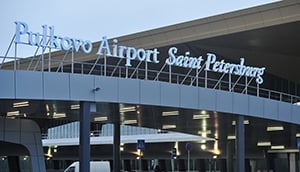 The beauty of the airport is manifested in thoughtful architecture and functional design, according to reporters from the reputable British publication The Telegraph. In their opinion, Pulkovo satisfies these requirements.

The famous British publication The Telegraph has published a list of ten of the most beautiful airports in the world. The main criterion for expert journalists was the degree of thoughtfulness of the architecture, which allows to undergo all pre- and post-flight procedures with minimal time and emotional costs. The second prerequisite for getting into the top is a modern, stylish and functional design. According to critics, St. Petersburg Pulkovo Airport meets all these requirements. Along with it, the most beautiful world air hubs are recognized as the Chinese Shenzhen Bao'an, Georgian airport named after Queen Tamara in the city of Mestia, Spanish Barajas, New Zealand Wellington and Moroccan Marrakesh-Menara.