Come to Erarta to the exhibition of "invisible artist" Liu Bolin 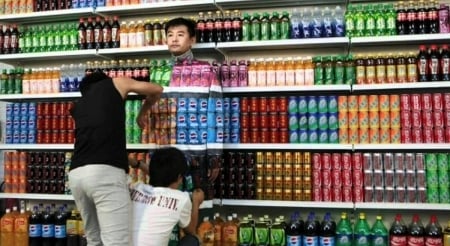 Liu Bolin is known worldwide for his unusual works, which, at first glance, are devoid of the slightest oddity. In photographs, the viewer sees portraits and landscapes, and only then does the look notice a barely noticeable figure that has dissolved against the general background.

This figure is the artist himself. Assistants paint his body so that it visually merges with the surrounding objects. Having disappeared in the photo, Liu Bolin becomes the "invisible man" who hid in a big city.

Depending on the choice of background, the artist can touch on a variety of social problems that are relevant today. At the same time, which is characteristic, his method completely excludes the use of photo editors.

The impetus for mastering the theme of "disappearance" was the defeat of the international art camp in Suo Jiya Kang in Beijing, carried out in 2005 by order of the Chinese government. As a result of its destruction, Liu Bolin, along with dozens of other artists, lost his workshop. This prompted him to speak out, but the situation with freedom of speech in China is such that an open expression of protest is impossible. Then the idea of ​​a series of pictures "Hide in the city" came up.

You can look at the works of Liu Bolin until the end of May.