St. Petersburg together with the whole country celebrates Russia Day 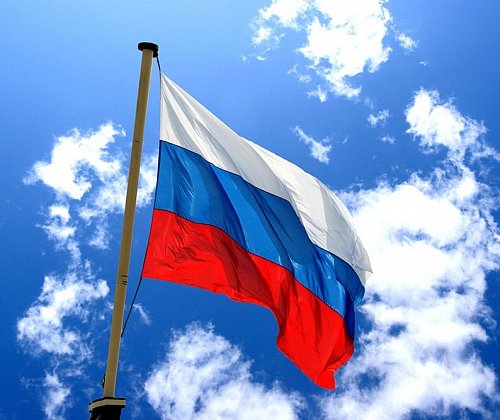 The whole country celebrates Russia Day on June 12 - a holiday symbolizing the freedom and unity of the nation. It was established by presidential decree in 1994 and is dedicated to the adoption of the Declaration on State Sovereignty of the RSFSR.

Petersburg joins the celebration. The city on the Neva today will host themed festivals, flash mobs and concerts.

In the Park of the 300th anniversary of June 12, a mass youth patriotic event dedicated to the Day of Russia awaits the townspeople. Petersburgers are awaiting performances by creative groups, master classes and sporting events. The beginning is at 09:00. Free admission.

Festival "Valor of a warrior - glory of the Fatherland!"

On June 12, the festival “Valor of a warrior - glory of the Fatherland!” Opens in the multimedia park “Russia - My History”. Petersburgers will get acquainted with the folk culture and customs of the Cossacks: they will hear traditional songs, see dance numbers, attend master classes in martial art of Cossacks and join the feast. Free admission.

As part of the annual “Flower Festival” and the International Brass Band Festival, a grand parade will be held today on Nevsky Prospekt. Spectators will see models in floral costumes, theater artists, horse-drawn carriages, retro cars and a procession of the best Russian orchestras: the St. Petersburg garrison, the Ministry of Emergencies, and the Moscow Military Music College named after Lieutenant General V.M. Khalilova. In honor of the anniversary of the great composer N.A. Rimsky-Korsakov musicians will try to set a world record - the most massive performance of "Flight of the Bumblebee" by brass bands. The work will be played by more than 500 musicians. After the townspeople will be waiting on Palace Square, where the gala concert "Ball of Flowers" will take place. Leading opera singers from around the world will perform vocal numbers.

Rock and pop on the roof

The ArtMusa creative cluster on June 12 invites Petersburgers to attend a rooftop concert. Citizens will be able to look at the Northern capital from above and listen to popular music in an unusual interpretation: the Quintet of Four will perform famous rock and pop hits on Russian folk instruments. Workshops on contemporary sculpture, contests with prizes and face painting for children will complement the evening program.

Malaya Konyushennaya and Nevsky Prospect in honor of the Day of Russia will turn into dance floors. On June 12, at 13:00, fiery flash mobs will be held there: amateurs and professional dancers will perform several choreographic numbers to Russian folk music.

The program for celebrating Russia Day in St. Petersburg will be complemented by a traditional concert on Palace Square. The Academic Red Banner Order-bearing Song and Dance Ensemble named after Alexander Alexandrov will enter the stage. The townspeople will hear the famous compositions of the war years: “It's time to go the road”, “Song of the front-line driver”, “Katyusha” and many others.

The St. Petersburg TV channel will follow the main festive events, and will show the brightest moments of the celebration on the website and social media platforms, including a dance flash mob, a parade of flowers and orchestras, a parade of orchestras at the Palace.