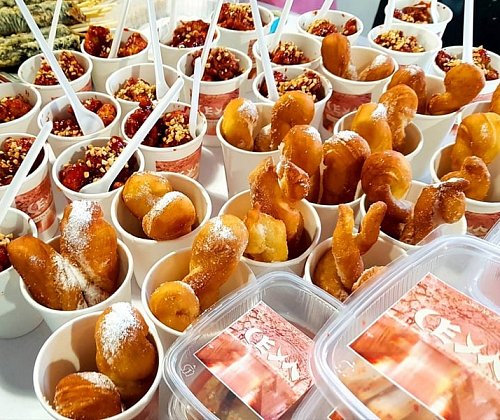 Korean culture is gaining more and more fans around the world, and Petersburg also could not resist its charm. For two days, the Weavers space is transformed into a fun student district thanks to the KOREA COVER DREAM Hongdae festival, which will be held on April 20 and 21.

What awaits you there? Yes, everything you dream about while watching dramas and Korean TV shows. A lot of delicious food and popular music, recital, pleasant shopping, meeting with students from Korea and, of course, communication. As a special guest, the festival is invited to train the Korean agency, which will perform the best cover hits in the style of k-pop.

The festival will include a qualifying round among cover-dance teams of K-POP World Festival 2019 ("World Key Pop Festival 2019"). At it, the best teams of the Northwestern Federal District will compete for the chance to represent Russia at the final, which will be held in the city of Changwon in South Korea. Also here will be held "Golden Bell" - an intellectual game between connoisseurs of Korea. And those who decide to stay until the very end are waiting for a real dance party

Tickets for one day cost 500 rubles, for two days - 800 rubles. If you purchase before March 31, a 20% discount on the Ruskorea promotional code is valid.