Festival "Wonder of the World" 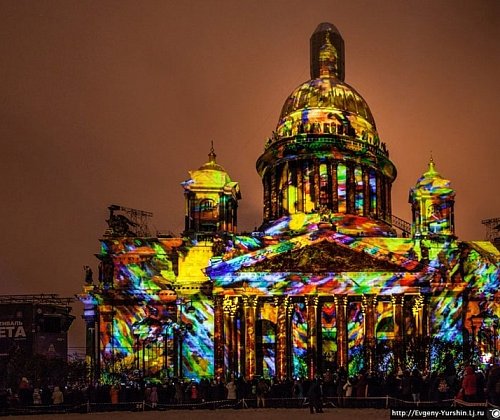 The building of the Youth Theater will turn into a light theater, where, as if by magic, the scenery will change from an ancient Greek performance to flying through a galaxy. 3D designers and VR artists will create a spectacle that you have not seen before. The wizard will paint a model of the building in the virtual world and immediately project the result onto the walls of the Youth Theater. For the first time in the world, augmented reality will be created at the festival of light at the massive Open Air event. You will feel the effect of being in parallel universes without leaving St. Petersburg! Impressions will go every half hour. You can get to the festival territory from Zagorodny Prospekt, the landmark is a monument to Griboedov. Exits are organized on both sides of the Youth Theater, as well as in the direction of Marat Street.