Experts talked about hidden features and details of aircraft 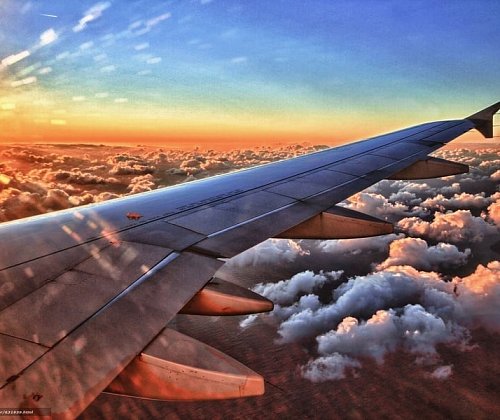 Experts told The Sun about the most unusual details of the aircraft cabin device hidden from the eyes of passengers. They will help make the trip more comfortable and safe.

For example, few air passengers know that airplanes have a beep. You can use it only on the ground, in the air the system turns off. By sound, it resembles a train whistle and is needed as a means of communication or a signal about a failure in one of the aircraft systems. Another interesting detail is the pedals. Pilots control aircraft during take-off.

The passageway can actually be much more convenient. There is a button on the armrest to fold the handle. As a result, sitting and getting up is more comfortable.

On the wall of the cabin you can find a sticker with a black triangle. It designates a place called William Shatner's seat. In one of the films, his character from this point saw Gremlin on the wing. From this place on airplanes, a better view of the flaps opens. Thus, stickers greatly simplify the work of cabin crew.

There is an emergency latch in the toilets of the aircraft. In the event of an emergency, cabin crew can open the door with a special button. She is on the door near the smoking ban sign.

Typically, an airplane has a pair of handcuffs that can be worn on a passenger behaving inappropriately and aggressively. Outwardly, they resemble cable ties. For debauch on board you can pay worse than being handcuffed. In Russia, hooligans may simply not be allowed on board.

Another interesting detail is the small holes in the windows. Most passengers noticed them. Holes are needed to regulate the pressure in the inner panel of the glass.

Long-haul aircraft have secret bedrooms. There, stewards and stewardesses can sleep during the long journey.

Despite the prohibitions on smoking, there are ashtrays on board. They are made in order to safely put out a cigarette if one of the passengers decides to break the ban.

On the wings of the plane you can see small yellow hooks. They are needed in case of landing on the water. A rope is attached to them which helps passengers safely and easily leave the cabin through the wing.