Architectural beauty injections. Statues of Rostral columns plan to be restored before the end of summer 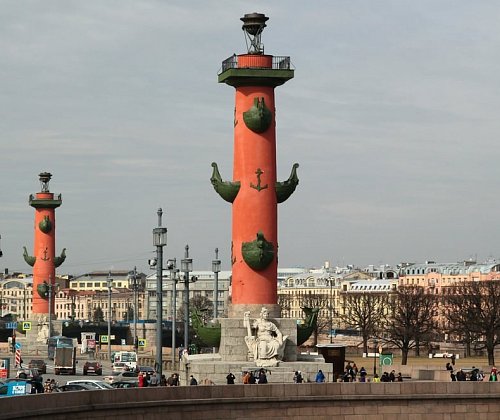 Foreign tourists do not even suspect that they are one of the last in this season who takes photos against such a background. Soon the landscape will become inaccessible, that is, affordable, but who will like the photo with scaffolding. In order for city symbols to correspond to status, they sometimes need to be put in order. The last time the statues were restored 16 years ago to the 300th anniversary of the city.

SERGEY MAKAROV, Chairman of the KGIOP: “Not only cleaning. They really got dirty because of the busy square. Anthropogenic load is serious. If you look carefully, there are places of destruction of stone. The stone is soft, lives in our climate, it is already a decent amount of years. There are places that need to be "treated."

Each statue has its own indications, like an anamnesis in patients, a fungus on the fingers, damage to the limbs. They will have an architectural and restoration manicure, pedicure and all types of peeling, and this is literally a cosmetic repair. Once the symbols of 4 rivers - the Volga, Dnieper, Neva and Volkhov - they wanted to do in bronze, but it turned out to be too expensive and difficult, they settled on a special kind of limestone. He is very moody. For restoration, the material will be mined in the old way: at quarries in the Gatchina district.

NINA SHANGINA, General Director of the restoration company: “You will have to choose a stone literally in manual mode, because stones of different quality come across in the quarry and we imagine which ones are suitable, which are not. First, visual selection, then instrumental. ”

The Volga and the Dnieper are the first to dress in the forests at the northern column. Tomorrow will cloud the second. Restorers stress time is expensive.

ALEXANDER BURENIN, correspondent: “The work should be completed before the end of August. It is not only the desire of restorers to confirm their reputation with speed and quality. There is an important point. Such work is not advisable to carry out in the rain and categorically not in the cold. What will be September, now you will not guess. It’s better to work fast than to outwit St. Petersburg weather. ” Source: https://topspb.tv/news/2019/05/13/arhitekturnye-inekcii-krasoty-statui-rostralnyh-kolonn-planiruyut -...