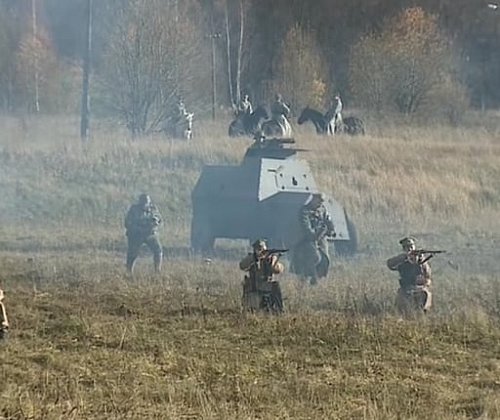 A military-historical reconstruction “On the crest of the Karelian shaft” will be held near St. Petersburg. The event will be held in honor of the victorious Vyborg-Petrozavodsk strategic offensive operation of the Soviet troops, which marked the breakthrough of the northern half-ring of the siege of Leningrad.

Petersburg, Karelian and Finnish reenactors will reproduce the events of June 1944 at the historic site of the Battle of Kuuterselkä.

Reconstruction is scheduled for June 15 and 16. The venue for the event will be the memorial and historical district “Kuuterselka 1944”, located in the Roshchinsky settlement on the 5th kilometer of the Roshchino-Tsvelodubovo highway.

The guests of the reconstruction will have an excursion following the trail of a decisive assault on the Finnish defensive line VT, a military field concert and the opening of expositions about the life of the Red Army and the Finnish army in field military historical camps.