Residents Rubinstein refuse to accept comedians in the street 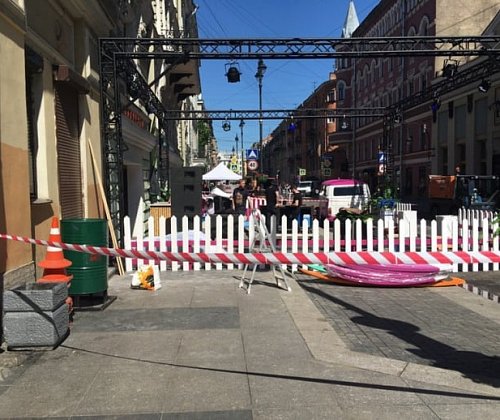 StandUp festival planned to take place on Rubinshteyna street from June 14 to June 16 with overlapping of streets. Guests are promised "open MICS" and a gala concert with the participation of the resident StandUp show on TNT.

Local residents, citing the example of the last international legal forum, spoke against holding noisy activities near their homes.

It is known that representatives of administration of the Central district denied approval of the site. On Friday, may 31, will hold talks with the festival organizers with the residents, which will determine the fate of the festival.

Residents struggle to on Rubinstein street live. We must respect the people.

- said the head of the cultural Committee Konstantin Sukhenko.