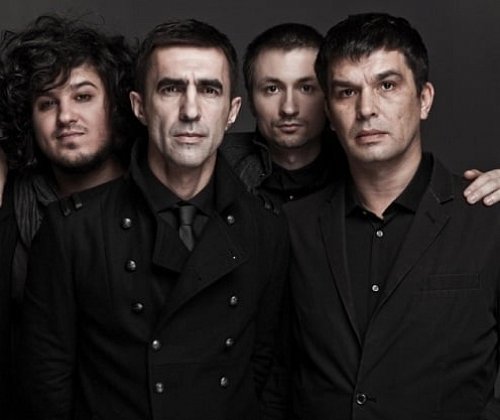 November 2, 2017 in St. Petersburg with resounding success and an absolute sell-out took place the celebration of the 35th anniversary of Nautilus Pompilius: the story of a whole generation in the amazing stage design for the most beloved and recognizable songs in fresh arrangements.

Rave reviews and comments about the anniversary concert has caused numerous requests to repeat it. Especially for those who want to relive it, and those who failed for whatever reasons to be part of a jubilee concert Vyacheslav Butusov is preparing a program "goodbye, America!" for an encore! Viewers will find startling, sometimes hypnotic set design, visuals, consisting of archival live recordings and scenes from films, as well as the long-familiar song in a modern author's interpretation.

For 35 years musical era under the name of Nautilus Pompilius have taught us: and listeners, and musicians. Taught to hear more, feel more deeply, to breathe in full force, and not to be indifferent – neither to the world nor to those around us or to ourselves. "Naw," he managed to create a hymn of several generations, - current, atmospheric, filled with meaning and soul. Once Ilya Kormiltsev said, "This music will be eternal", and these words were prophetic.

Big solo concert of "goodbye, America!" – a long-awaited breakthrough, it's a fresh interpretation of the meanings of the past with a projection to the present time by the incredible set design and music! On 21 June at the Oktyabrsky concert hall will continue my story a new Chapter in our shared history.