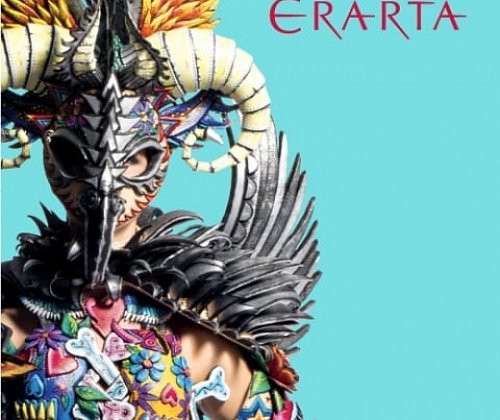 For three decades the WOW amazes spectators from around the world and erases not only the geographical scope but also the boundaries between fashion and art. The annual contest WOW attracts the leading designers in the world, giving them a unique opportunity to showcase their creativity without regard to the commercial component.

Every designer works with a man as with a blank canvas, creating costumes, more like art installations. Artistic expression of ideas, of course, the most important thing, but it does not exclude the practicality of the costumes the contestants of World of WearableArt is possible to wear!

This designers prove every year in the capital of New Zealand — Wellington to show the finalists that combines a theatrical performance and performance. In 2017, the shortlist of the competition, got 122 of the designer finalists from 13 countries. In an impressive show of WOW at the same time was watched by more than 60 thousand people.

Many of the most significant and striking works, created over the years for WOW show in the fall of 2018 for the first time will go to Russia. The only Russian Museum, which will present these works of art will be Erarta. Visitors to the exhibition will see a lot of amazing costumes: Flirty gown of pink fiberglass, where you can feel like a Princess; textured "American dream", reminiscent of swift and stylish retro car; outfit made of cloth, papier-mache and wire, transforms man into a fantastic resident of the deep sea; clothed in the form of a Gothic castle and more.

For Erarta fashion is an important direction of modern art, and for several years Erarta together with the world's leading institutions and designers in St. Petersburg demonstrates outstanding examples of fashion design. Previously, the Museum was shown in St. Petersburg an exhibition of futuristic shoes from famous artists from around the world; amazing creation of famous "mad Hatter" Philip Treacy; original costumes from the films of Federico Fellini, who made the direction of the European fashion of the XX century; the sensational project of London's Victoria and albert Museum "Under the clothes" on the history of underwear design.

The exhibition brought together the best works of the contest of designers of WOW, will be a logical and important step for the Museum and for the World of WearableArt, because in Russia there are many talented designers which can be worthy participants in this international competition.

The main partner of the exhibition: the Government of New Zealand.