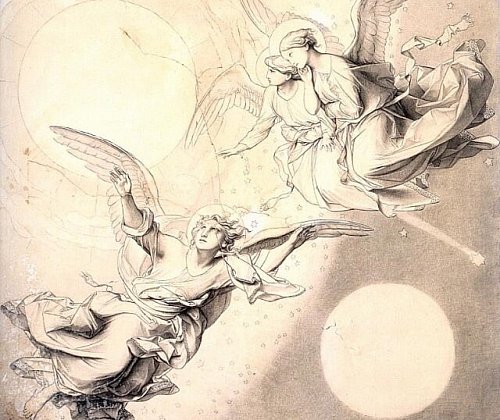 Creating one of the most beautiful monuments of St. Petersburg — St. Isaac's Cathedral is filled with crime stories, is not familiar to visitors of this architectural masterpiece. In excursions and guidebooks, of course, mentioned that in the process of its execution was attended by such artists as Karl Brullov, Fedor Bruni, and others.

But in the mid-nineteenth century paintings were replaced by mosaics of other authors, and as a result almost no one now is not how it would look like St. Isaac's Cathedral, if Brullov, Bruni and other famous artists were able to put a hand to his interior design. Fortunately, preserved sketches and cartoons many artists. Now they are in the Russian Museum. Their huge size (sometimes 400 x 300 cm) does not allow to show them in a permanent exhibition.

The exhibition in the Benois wing presents these rare major works and many drawings and sketches of K. P. Bryullov, F. A. Bruni, P. V. basin, V. K. Shebuev, and a number of sculptures, including not only religious subjects, but portraits and sculptures by artists who worked on the decoration of St. Isaac's Cathedral.

The exhibition makes it possible to finally see the plan that has not been fully realized.