In Sevcable Port, a three-dimensional panorama of World War II will appear in autumn 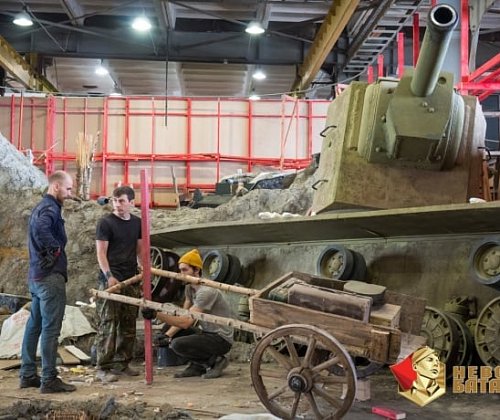 A diorama called "Memory speaks. The road through the war" will work in the fall in the Sevcable space.

It is reported that visitors will be able to travel from the summer of 1941 to the spring of 1945. The path in the diorama is a space of two thousand square meters.

The road through the war will be located in Sevkabel for at least a year - its future fate will depend on success and how many years later Sevkabel decides to repair its premises.

Recall that on January 18, 2018 near St. Petersburg was opened a huge modern Museum dedicated to the breakthrough of the siege of Leningrad. The exhibition consists of two rooms: the first one shows a documentary film and tells about the operation "Iskra", and the second-on an area of 500 square meters deployed 3D-picture of the dramatic events of January 1943.