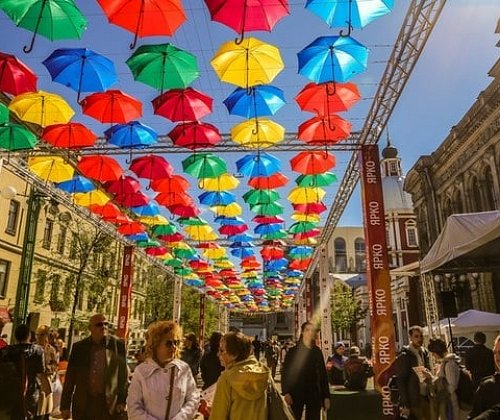 Every summer from 2015 through 2018 in the Salt side street in St. Petersburg appeared the alley floating umbrella, which repeated the installation in the Portuguese town of águeda. 30 days Salt lane became the venue for outstanding events: concerts, master classes, performances, fashion shows, photo shoots, flashmobs, quests, creative meetings. However, in 2019, the umbrellas in Solyanoi lane will not appear.

Received today an important and difficult decision not to hold this year in Petersburg the project "alley of the floating umbrella".

- wrote General producer of the event Alexander Kalachev the evening of June 17 on your page in VK.

Among the reasons which have caused the cancellation of the project: lack of support from the authorities, financial risks

At the same time, it is reported that the project may yet return to the city, while he simply paused.

Yes, for the people "Alley" is wonderful and for us is a big investment of time and effort. And I don't want to do it just to do it, without developing and using bridging. So weighed the value and decided to stop in this way.