Scientists have explained the behavior of people in queues 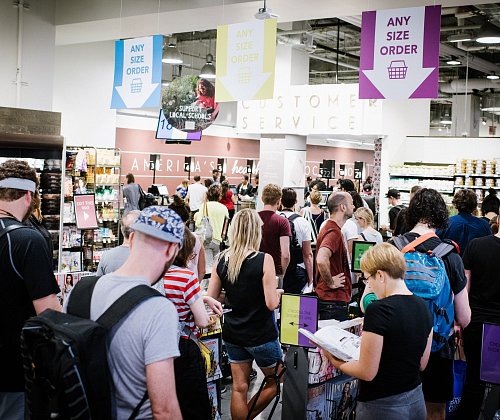 Scientists from Harvard conducted several experiments and found out why people are torn between the queues in search of faster. It turned out, we subconsciously hate to be the last. The penultimate man of about 20 percent satisfied the one who closes the queue.

Experts note that this behavior is totally insane. The number of people standing behind, does not affect the speed of the operator. Nevertheless, buyers tend to be in the queue at least penultimate.

Figuring it out helped experiment with electronic queue. People don't know they're being watched. Volunteers were asked to participate in the poll which supposedly would last only a minute. They visited the site, checked in and fell into a virtual analogue of the queue. The user cannot see its position and waiting time. He could leave the queue and enter again, losing a place.

Most of those who want to "reconnect" in turn, were not very long or slow. It was the people who stood last. A similar observation was made academic in the usual supermarket. Of the 72 who decided to move to a new place — 67 was the last five — the penultimate.

Additionally, in the past year, a group of scientists from Israel conducted another experiment. They asked people to estimate the speed of the queue. It turned out that we decide quickly whether it is moving, not the number of people or purchases, and based on how many products occupy space on the tape. Therefore, people act irrationally and choose the supposedly small place, where there are buyers from a variety of smaller purchases.