Church of the Catherine Palace opens after lengthy restoration 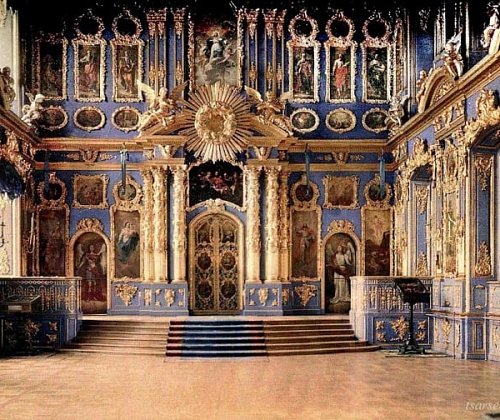 In the Museum-reserve "Tsarskoe Selo" was finished the restoration work in the Church of the resurrection of Christ.

The restoration, which was the first time in half a century, lasted four years.

The work was done by the Tsarskoye Selo amber workshop, that has restored the Amber room was restored Agate rooms.

Recall that the Church was painted under the lacquer lazurevy cobalt, on a dense background which clearly was made by gold ornaments style "rocaille", carved gustatory. Painter L. Caravaque and after Groot and Weber wrote of the nature of this architecture. In the postwar years, the Church building was converted into a warehouse all that remained in the Palace, and only in 1957 it began the restoration work.
Source: https://peterburg2.ru/news/cerkov-ekaterininskogo-dvorca-otkroyut-posle-dolgoy-restavracii-49459.htm...