Opening ceremony of fountains in Peterhof 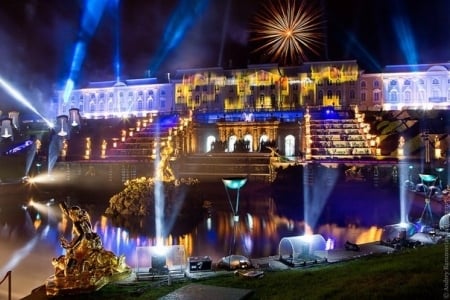 Spring in Petersburg crowds begin to gather tourists. And no wonder - so many events can be the envy of even the summer season. But one of the most beautiful and spectacular annually attracts thousands of residents and guests of the Cultural capital. On may 21 at the Museum-reserve "Peterhof" will be held the opening ceremony of the fountains.

So far, the organizers are in no hurry to reveal the secrets of the upcoming ceremony. However, it is already known that water-view, dedicated to the 70th anniversary of the start of the fountains after the war, after a long restoration opens the Neptune fountain.

At the moment we know that a beautiful and bright holiday is in the process of preparation and it will last an hour. It is expected that the Museum-reserve will begin work in late April, the official opening of the Grand cascade was scheduled for may 21.