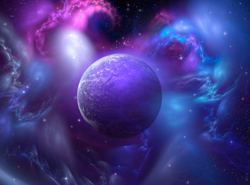 Park "Spaceport" is a unique educational and entertainment project that brings together in one space high quality movies, games, and rides. Its contents are regularly updated, so every time you will find something new and interesting. At the moment, this is the first and only Russian project of such scale.

Main attractions of the Park "Spaceport" located under three large domes. The first is a spherical cinema. Using projectors, the image is displayed on a dome with a 360 degrees. Films for the cinema "Spaceport" specially created by fulldome film Society and combine educational and entertaining feature, documentary truthfulness and artistic value. In the second dome is a spherical video game that will be especially interesting little Universe explorers and their dads. Players will have to fight the good fight in deep, winning the planet from extraterrestrial invaders.

The technology of creating such a game space with a panoramic view is the first in the world. In the third dome, visitors will enjoy a spectacular visual show. It will be possible to travel across the expanses of an imaginary universe, to ride on virtual rides: feel the speed at breakneck turns, to explore outer space and experience that is going through an astronaut during a rocket launch and flight in space.

Walking under the domes of the Park, guests can play air hockey and space pinball, to get lost in the mirror maze, take a selfie in the alien photo zones, enjoy food from tubes and oxygen cocktails in the cafe of an astronaut and plunge into contemplation of the enormous panorama which will be broadcast space Chronicles past, present and future. Park in space travel every weekend is planned an interactive program, which will be interesting for both adults and children.