"Night of museums" in St. Petersburg was visited by more than 100,000 people 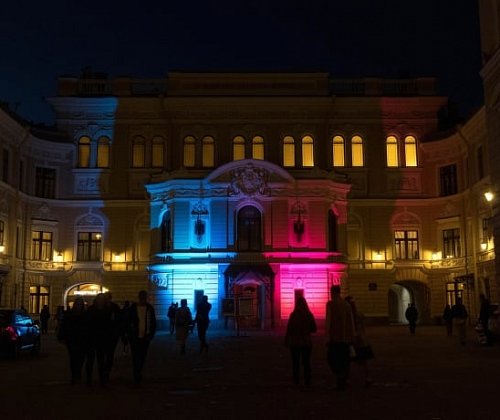 9 500 people were attracted to the program of the Zoo. More than 9000 people went to listen to music in the Grand Philharmonic hall, more than 8,000 attended the program of the theatre "Baltic house". The Anna Akhmatova Museum at the fountain house was visited by over 6000 people. Almost 5,000 people went to the Museum of the Arctic and Antarctic and the same in the Museum complex "universe of water". Academic Capella of St. Petersburg, the Scientific quarter, the Manege Central exhibition hall hosted more than 4,000 people.

Customer reviews on "Night of museums" can be seen in social networks: http://vk.com/artnight tags #noclasses #artnight

Ticket "Night of museums" can be used not only in the night: all summer, museums and other cultural organizations of the city will hold special promotions and offer discounts on a single ticket "Night of museums". Among the participants: the Museum of the Arctic and Antarctic, the Narva Triumphal gates, Museum of political history of Russia Museum of the history of religion, the planetarium, the Museum of hygiene, Museum of history of Kronstadt, the Grand Layout Russia, Petrovskaya Aquatoria, the health Museum, ROSPHOTO, Saint Petersburg, Military-medical Museum, Sheremetev Palace, and others. Information about promotions on artnight.ru