The night of the king of horror 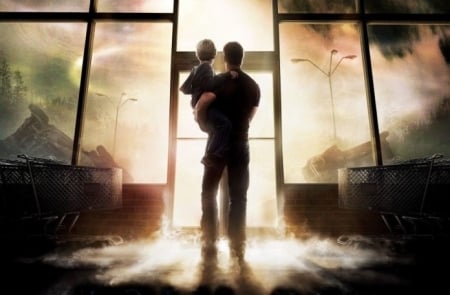 Forget about the daily routine and a good tickle offers a Night club of fans of cinema "Lumiere Lounge". In the night from 28 to 29 October at the creative space will show three film adaptation of Stephen king's "the Mist", "Dreamcatcher" and "misery".

The admirers of the king of horror, fans of good horror and those who want to check whether the nerves get the puffs in the hall Lumier Hall. With several huge screens for you rush horror. Will start movie night with the film adaptation of the novel "Mist". After the burst of the storm a small town shrouded in the mist plenty. The main character is a child saved from a strange fog in the local supermarket. But it turns out that the fog hides more terrible things. Then you watch the movie "Dreamcatcher", in which the five friends got supernatural power, after he had saved the strange boy. Many years later in the hunt they meet the lost in the forest of the hunter, struck by a deadly plague. And after him there is a raging snow storm, in the midst of which moves something even more sinister. Completed filmnight grim picture of misery. This is a story about the dark side of fame and which can lead to popularity if your a fan of serial killer.