Several lines of Aqua-buses will start this season 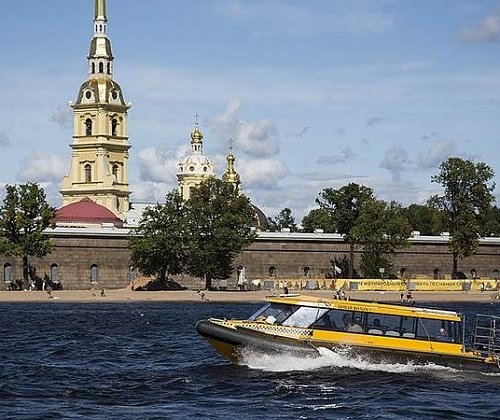 Because of the lack of funds for subsidizing the project of Aqua-buses in the navigation season of 2016 might not be a river bus. But, according to Vice-Governor Igor Albin, the government intends to keep the Aqua-buses as a brand of Saint-Petersburg. Probably during the navigation of the current year, the city will work three or four line of Aqua-buses. About it writes "Kommersant".

At the launch of the Aqua-buses this season requires quite a round sum — about 80 million rubles. Such subsidies financial block of the government of the Northern capital have not yet agreed. In fact, subsidies for the transportation of passengers water transportation does not provide for the budget for this year. However, despite financial difficulty, the final decision on the launch of the Aqua-buses in the new season remains with the government.

What are the routes this year will run the Aqua-buses, is still unknown. For example, in the Smolny discussed the possibility of resumption of river shuttles "MBS" on the coastal line (from the metro station "Old Village" to Rumyantsev descent). And last year, there was a project in which the city may receive three new lines: the Neva, Krestovskaya and Kronstadt. The latter is of special interest for citizens and tourists: river buses will depart from the Makarov embankment near the metro station "Sports 2" and follow all the way to Winter quay in Kronshtadt.