The legendary griffins returned to the Bank Bridge 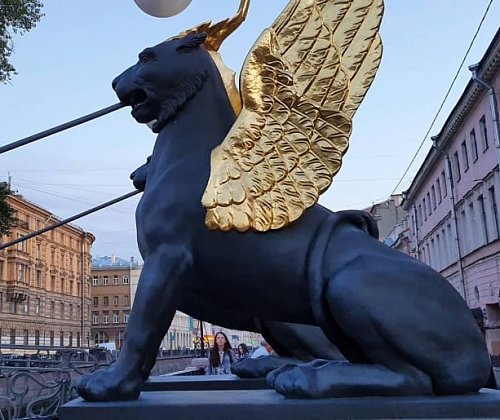 It is known that griffins were installed in 1828. Since then, they have never been taken to the workshop.

At the beginning of 2017, the griffins were taken to the workshop. Restorers had to completely disassemble the sculptures.

In addition, all the historical details returned to the bridge. It is known that the Bank Bridge is famous for its openwork fence, which is considered one of the most elegant in the city.

It is reported that griffins were coated with a special anti-vandal compound that will remove most of the paints that use vandals without the use of aggressive cleaning agents.