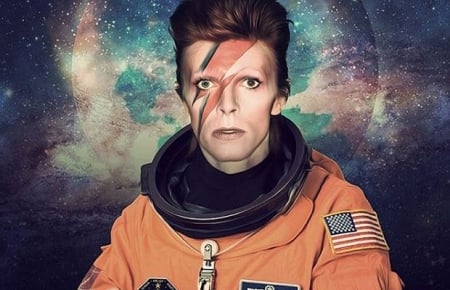 In St. Petersburg will host a regional version of the international documentary film festival about music and a new culture Beat Film Festival. From 17 to 20 November, will show five films about great musicians and how the counterculture life-changing. You are waiting for the Russian premiere of the film by Jim Jarmusch about Iggy Pope, a film about Martian essence of David Bowie, the picture of the Placebo group.

In the cinema "Aurora" will show five films about music and sprightly life style. The festival opens with the premiere of American Director Jim Jarmusch. Iggy Pop has already appeared in films by Jarmusch and then, finally, comes the film about the band The Stooges. You will plunge into the atmosphere of the 60's, when musicians slashed himself with glass on stage, put up a fight and were really revolutionaries. November 19 will show the concert film chameleon David Bowie and the legendary character ziggy Stardust. At the end of the festival, you ride through the vastness of Russia by train along the British group Placebo.

November 17 at 21.00 Beat Weekend: Gimme Danger. History of Iggy and The Stooges

On November 19 at 18.00 Beat Weekend: ziggy Stardust and the spiders from Mars