Metro will change the operation mode in the Victory Day 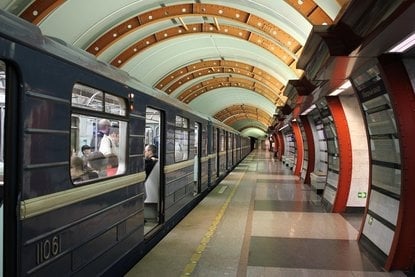 From 14:30 to 15:30 only on the output will open the lobby of the station "Ploshchad Rebellion" towards the Moscow station.

The train will proceed without stopping the metro station "Mayakovskaya", from 14:30 to 15:30.

In the night from 9 to 10 may, the St. Petersburg metro will operate without interruption. Will be open at all metro stations except the station lobby 1 "Avenue of Veterans," lobby 2 "Leninsky prospect", entrance lobby 2 "Lenin Square", hall 1 of the station "Devyatkino", lobby 1 of Moskovskaya station, lobby 2 station "Nevsky prospect" and stations "Institute 1", "Alexander Nevsky Square 2", "Dostoyevskaya" and "Spasskaya".