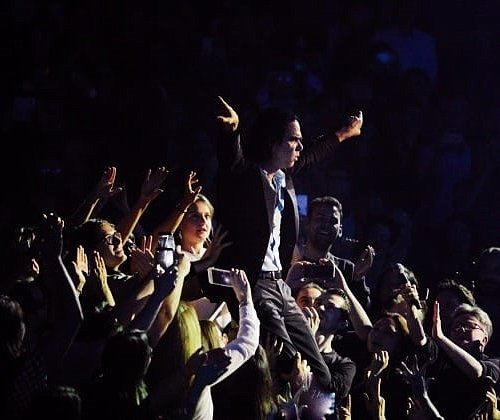 Three years later, in the framework of the European tour, a brilliant multi-instrumentalist, composer, poet and writer Nick cave will return to Russia with the group, whose name is firmly entrenched in the history of rock music – Nick Cave & The Bad Seeds.

In various articles you can find such nicknames nick cave as the "King of alternative rock" and "the Greatest mystical character"... One thing is for sure, the cave is a truly extraordinary person, whose voice is riddled with emotion and the lyrics have forever changed the view of most musical genres. In 1983 in Melbourne Australian musician founded the band "Nick Cave – Man Or Myth" (which a year later was renamed Nick Cave & The Bad Seeds), from the first album having achieved recognition of the new team. The first album was distinguished by a predominance of post-punk sound, but by the late ' 80s, Nick Cave & The Bad Seeds began to experiment with styles, transforming their creativity into noise-rock, Gothic rock, neo-wave, and even Blues.

To the Russian fans and our country as a whole the cave was formed especially reverent attitude. His father, being a teacher of literature, childhood brought the boy to the works of Russian writers and poets, which subsequently huge influence on his work. Nick himself admitted that his previous band "Birthday Party" was named so under impression of one of the scenes of Dostoevsky's novel "Crime and punishment".

Nick Cave & The Bad Seeds in Russia, waited for, dreamed about them and here they come back again! The band promises not like anything mind-blowing show, and will present his latest album "Skeleton Tree", filled with peculiar Cave the dramatic gloom. The album was recorded under extremely sad circumstances - just in the period Nick cave tragically lost son...

It can be special emotional performance that must be seen with your own eyes!