Concert of the group "Mumiy Troll" 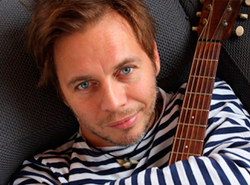 Long and deservedly walking in the title of the undisputed legends of Russian rock group "Mumiy Troll" in one form or another existed since the first half of the 80s, but cry out to a wide audience managed in 1997 after the release of the first official Studio album. Talking about the same "Sea", the anniversary of which is dedicated to the upcoming concert at the ice Palace.

At the time, the disc has sold several million copies, setting a record, but, more importantly, has had an enormous influence on the development of the entire domestic music. Almost all the songs from the album became hits, and for years did not leave on the radio station, and TV channel "MTV Russia" has started broadcasting the iconic video for "Vladivostok 2000". Two decades later, "Sea" sounds as fresh and valid: 21 March to see this sobstvennolichno, anyone can.