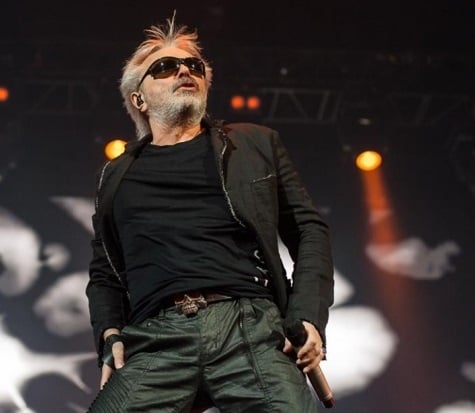 In 1983 in Leningrad Svyatoslav zadery collects the rock band "Alisa", which exists quietly in almost a year, yet the team not joining 26-year-old Kostya Kinchev. He found not only a talent for writing songs, but also a distinct artistry. As the frontman Kinchev is amazing. As a leader is unique. As a leader, unique. Since then, with 1984го, and begins the real story of "Alice", furiously gaining popularity and winning the hearts of fans. Moreover, kineski team was never just a music group. "Alice" is an ideology. "Alice" - style. "Alice" is a movement. Which is now 35 years! More than Tretjakova history group stores a lot. Harassment by authorities and official awards, the madness of the fans and relative calm, extravaganza, rock and roll ideas, and then the harmony and the triumph of faith. Over the 35 years since "Alice" has gone through a lot, being all the same powerful and energetic unit of the musical space of our country.

20 albums issued by the group, is also a kind of story. This is the actual movement from the Amateur rock-and-roll protest in the Soviet time to the good wolf wisdom and European quality sound today. Some records were so great that the audience does not let them to this day. Hence the tradition of celebrating the iconic albums "Alice" decades after the release. "Energy", "Blockade", "Coven" rumble on the main concert venues in the country and a lot of after its appearance.

For the 35 years that lives in a group, it managed to play about a dozen musicians. Each contributed to the overall sound or atmosphere. What kind of atmosphere: strength, passion, crazy energy, unity, involvement in the mystery and beauty is best felt live. Especially now, when Alisa is sent in the anniversary tour. Kinchev and To ride across the country, marking the thirty-five groups. And the tour will end in the autumn of loud concerts in St. Petersburg and Moscow.