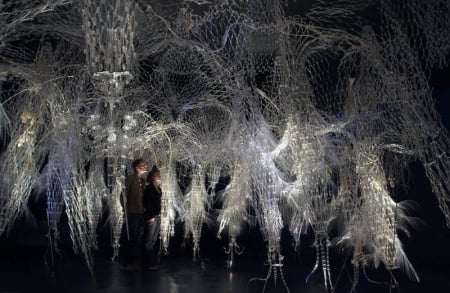 Saint Petersburg became the portal to the world of the future. A large-scale project Lexus Hybrid Art housed in the halls of the Arena and is ready to surprise you and lift the veil of tomorrow. The audience themselves will construct a city in which would like to live in the form of a 30-foot urban installations.

Petersburg has become a platform for the imagination about the future world. The Lexus Hybrid Art exhibition is traditionally held in Moscow, but this time, the project is located in St. Petersburg. Visitors will learn what it's like to manage the reality and to anticipate the future, take part in interactive performances and to see the tracks coming.

Taking care of tomorrow – a common human condition. At the exhibition Lexus Hybrid Art everyone will be able to think about the future on a global scale. Artist Douglas Coupland invites visitors to co-sponsor the main display and the hands to construct the urban landscape — as a result of collective creative work will have a visual model of the future city.