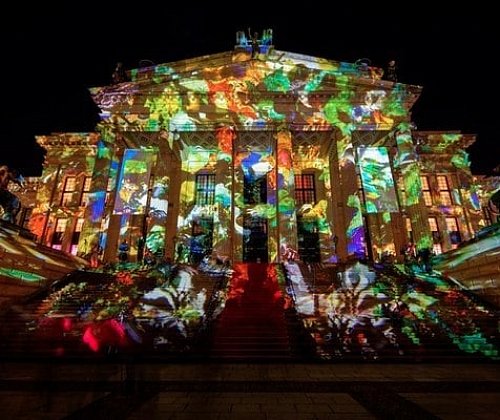 The city will have a new festival which will help to attract the attention of tourists to the Northern capital. In a series of spring days the city will be transformed with light as part of the first stage of the annual festival of light, "City light culture". A platform for spectacular light installations will become the centre of St. Petersburg — Ostrovsky square and the Alexandrinsky theatre. By the way, the light decorations will decorate the theater for a reason: in 2016 Alexandrinsky celebrates its 260th anniversary.

What things should you wait for the Petersburgers and guests of the city, not yet reported. But it is known that the show uses actual lighting technologies and especially 3D mapping. Because these elements blend harmoniously with the architectural appearance of St. Petersburg, emphasizing its historical features.

It is reported that "the City light culture" will become an annual event, which over time will evolve and be supplemented, and creative collectives will actively invent unique moves for light show.

Note the light festivals are very popular in different cities around the world. In Moscow, for example, surprised by a light show and mapping at the festival "Circle of light" in London at the "Festival of light" downright dazzle glitter electric masterpieces. Perhaps, the largest in the world is a Vivid Sydney festival, which combines music and projections in Australia.