Festival Fans FIFA: Zemfira, and others 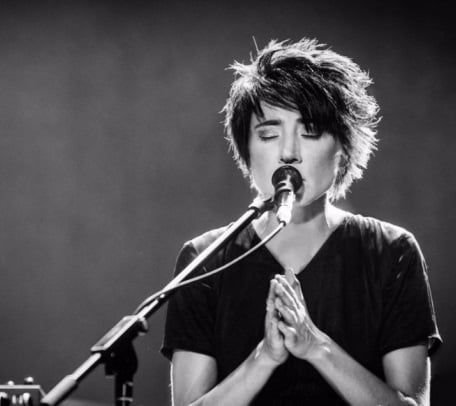 This summer in St. Petersburg together the two most powerful elements uniting people around the world – football and music. After all, better than football can only be a concert favorite artist, and this is the best concert – victory of their favorite team.

While holding in St. Petersburg matches of the World Cup on July 12 at the ice Palace will be the Musical championship, where this time there will be no losers, but only winners. Headliners of the concert group Alai Oli, Zemfira and other musicians whose names are still kept secret. Watch for announcements on the resources of the Corporation PMI.

After several years of silence, Zemfira will return to St. Petersburg with a concert set of the best songs. Her rare concerts are always events, always gathers stadiums, uniting the most different people. To each performance of the singer fits the most responsible and meticulous - the perfect sound, light, stagecraft, inexplicable energy. And yet, there is always a huge hype of wanting to see a singer with their own eyes. Tickets for her performance spread like lightning, and the concert in the ice Palace is no exception.

Alai Oli – the clearest example of an independent group whose development does not measure any ratings and numbers. Without producers, sponsors, rotations Alai Oli music gained popularity and recognition among thousands of fans. Each show command is the intense human experience of the present, it's the sound of hearts beating to the beat of the songs funny and sad, peaceful-wise and desperately-Frank. July 12 at the ice Palace will sound their Sunny and sincere music.