Elite film screenings on the roof 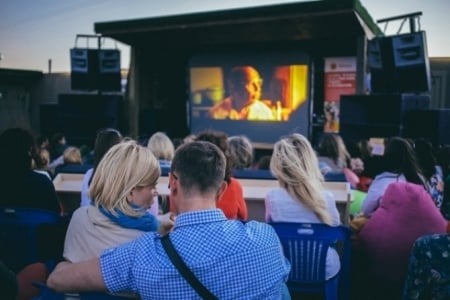 New stage of Alexandrinsky theater and at the city's only cinema at the roof Cinema invited to the elite screenings of films on the roof. Screenings will be held from 20 to 31 August.

In the middle of summer opened a new area for events, the Roof of the New Stage of the Alexandrinsky theatre. On the roof there are meetings, discussions, evening of new poetry, intellectual brunches, and now residents will be pampered with film screenings. End the summer sitting in an easy chair by viewing the actual European cinema and short films from around the world.

On August 21, Russian Shorts 2 (Anthology of the best short films of the Russian Directors)